Join your favourite Best of Fringe winning Shakespeare Company, Shakespeare BASH’d, for the Bard’s outrageous rural comedy: The Merry Wives of Windsor. In a world of drunks and cuckolds, two witty women set out to teach a lesson of love and jealousy.

Come crush a cup at the Victory cafe with this battle of wits.

Shakespeare BASH’d is a young actor initiative that seeks to take ownership of their own creativity by producing Shakespeare’s plays in social settings creating a relaxed, exciting environment for the audience.
Their mission is to present Shakespeare’s plays as they were written: with simple staging, clear and specific language, and an emphasis on the words and characters telling the story. 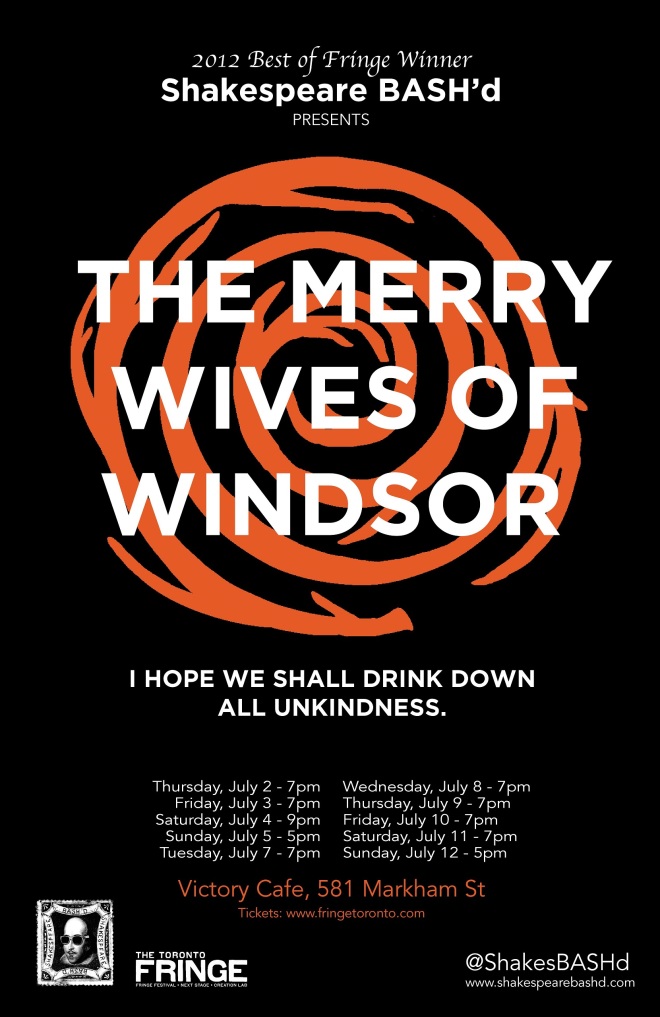